By default, WhatsApp keeps the number of recipients as the name of the list. This is okay if you have just one list but if you have multiple broadcast lists or don’t like the default name, you can rename it.

How to Broadcast a Message On Whatsapp

After you have created a broadcast list (which you can further edit, more on that below), now to send the broadcast message, open the newly created broadcast thread and enter your message there. You get all the features that you get in an individual chat or a group like Emojis, media share, location sharing etc.

Once you tap the send button, the message will be delivered to the recipients as an individual message from you. Once you’ve sent your broadcast message, each recipient will see the message as if it were a direct message from you. In other words, the message will come through in your one-on-one thread with each of the recipients. When they respond, it will come through this same individual thread that only you and that person can see, so everyone else you broadcasted to doesn’t have to hear all of the crosstalk.

Though there is no way the recipient can find out whether the received message is a broadcast message or not but the sender gets the facility to differentiate between the normal message and a broadcast message. First, if he/she wants they can check in the broadcast list and secondly, in the individual chat thread a broadcast icon is present next to the message.

As a sender, you can delete both the group and the broadcast list from your device but as a receiver; you can only exit from the WhatsApp groups. That’s because, as a receiver you know which WhatsApp groups you are a part of but the same thing doesn’t apply to WhatsApp broadcasts.

Hence, to leave a broadcast list you either need to ask the sender to stop sending you the broadcast messages or you have to take the ultimate step of either blocking them or removing them from your address book.

What’s The Difference Between A Whatsapp ‘Broadcast List’ And A ‘Whatsapp Group’?

Unlike groups, contacts that are in a broadcast list cannot see each other (in the list) and messages sent through the feature are delivered to each individual separately. Any reply to a broadcast goes directly to the original sender and other members in the list are not able to see it.

One-To-Many V/S Many To Many Conversations

Read Also: How to Create a WhatsApp Group Invite Link

That was about sending the message; there is a difference in the replies as well. With a group, a reply by any member goes to the group conversation and can be seen by everyone in the group. With the broadcast, when the receiver replies, the reply is only sent to the sender. So, basically, replies in WhatsApp group are many to many while in a Broadcast it is one to one i.e. replies to broadcasts happen privately between the sender and the recipient.

Recipient Should Have Saved Your Number

But with the broadcasts, it is necessary for the receiver to have the sender’s number in their address book; otherwise, broadcast messages won’t get delivered.

Also, as mentioned before, broadcast lists will not reveal the personal information of members since messages arrive privately to the recipient. Moreover, even the replies happen privately between the two.

Yes. However, Broadcast lists can only send messages to your contacts that are registered WhatsApp users. Also, only your contacts who have also saved your contacts in their phones can receive the broadcast messages.

How to use WhatsApp Broadcast List to Promote Your Business?

Below is a free step by step guide.

Before you start using broadcast lists, you should ask yourself the following questions:

Once you are sure you have the right product, the contacts who have your contact in their phones and permission to send the messages through WhatsApp, you are set to go to the next level; segmentation.

List segmentation is the grouping of contacts into small more discrete groups in order to deliver to them more relevant content. You may, for example, start with 3 groups;

Even better, you could add location, product, language, and influence into your segmentation criteria.

List segmentation will help you understand clearly who you are going to talk to and inform you of the kind of content and offerings to make. For example, you may be going after making your existing/past customers to place another order or to give you referrals and you may do so by offering them commissions for every referral they send you.\

Now that you know who you are going to communicate with and why? You can sit down and prepare your content strategy.

In a content strategy, you will clearly state the objectives, goals, tools required, editorial and publishing calendars.

It is tempting to start designing content much earlier on in the process but please try as much as you cannot to start design your content before you are done with the above three steps.

Another critical point to remember is that you will build rapport at the beginning and establish a level of trust that helps you achieve the goals you want to achieve is part and parcel of the process.

Also, What do you think about WhatsApp’s broadcasting feature so far? Do you have any questions about it? Let us know by posting in the comment section below. Stay tuned with BulkQ!

Why WhatsApp Is Important for Marketers 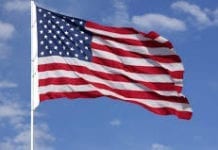 Bulkq Presents the largest selection of Images or Photos of Birthday, Love Quotes, funny, inspirational and motivational to share. Our photos and quotes can be used to share with your friends in WhatsApp, facebook, Instagram and other social websites.
Contact us: [email protected]

77+ Best Whatsapp DP Images and Status – For Girls and...